Three Mistakes that a car driver can avoid after hit & run in Los Angeles, CA

Three Mistakes that a car driver can avoid after hit & run

In this world of advancement with an increase in the modernization in technology the stress level of the people is also increasing day by day, and the main reason for this stress is the pressure of meeting the deadline of work assigned. Nowadays this is the root cause of many cars crashes taking place in developed regions. Most of the car accidents are hit and run cases, where people knowing or unknowingly meet a harsh car crash. And the biggest mistake that the people do in hit and run cases is that they run away after doing an accident and they are doubtful to be accused. So, let’s see some of the mistakes that the car driver can avoid after hit and run in Los Angeles, California:

One of the common mistakes that the car driver does is that they directly report the accident in the police station, which is not at all appropriate first you should try to discuss the matter politely with the other party and try to settle the case personally. You should follow this step if the extent of the accident is small and you are also a cause of that accident. You should try not to indulge in the legal procedure as it is quite hectic and time consuming for both parties. 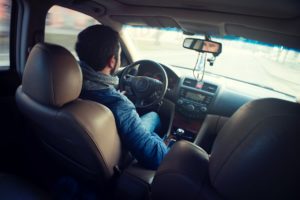 Last but not the least, car driver should not make false statement Infront of police and other legal authorities to hide his mistake, because this step can backfire against him and his car can even be detained by police authority and he may also have to go behind bars for this crime of hiding facts.

So, these are some of the major mistakes that the car driver can avoid after hit and run cases especially in Los Angeles, California. If in case, you encounter any such situation, the first thing you should do is call the police and file a report. After that, contact a good car accident lawyer to get your self covered.

Contact The Experienced Lawyers At The Farias Firm, PC For More Help:

Contact our Los Angeles personal injury lawyer at Farias Firm, PC for free legal consultation. Our lawyers outlining the best course of action to take on your behalf, contact us at (818) 222-2222.