What are the statutes of limitations on personal injury cases in Los Angeles, California?

Most personal injury victims don’t know that there is a time limit as to when they can raise their compensation claims. Well, when it comes to personal injury claims various statutes are applicable and among them is the Statute of Limitations. If a compensation claim is not raised within a certain duration then one stands a chance to have their claim dismissed. A personal injury claim is a civil suit and is often heard in a civil court. Once you get involved in an accident you should move as first as possible and talk to an injury lawyer. This way you will get all the details you need including information about the statute of limitations on the part of limitations on personal injury cases in Los Angeles. 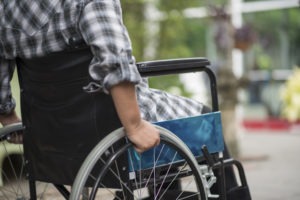 Among the things that a personal injury lawyer will tell you is that accident victims have a period of two years to file for compensation. After the said period lapses then their case might not be heard by any court. If by any chance the case being filed is against the state of Los Angeles the injured person has only six months to file their case. This means that after an accident and the party at fault happens to be a government fault then victims need to move very fast and commence the compensation procedure. However, some special circumstances can prompt a court to allow extension of the limitation of time but these exemptions have to be strictly proved. When one approaches a personal injury attorney on personal injury cases, they will often move so fast to ensure that clients’ claims are within the set limitation period. If the time has lapsed, then all issues that could warrant a court to allow an extension of time will be looked at and raised before the court as soon as possible.

Statute of Limitations Also Happens to be a Defense in Law

What calls for such a short duration of time is because most times facts and evidence tend to be lost along the way. Among the most crowded courts in California are the civil courts that deal with personal injury claims. Once a judge sees that the case is from two years ago, they normally don’t waste time with the case. The statute of limitations also happens to be a defense in law. A claim whose time has aborted can be used against the Plaintiff and the costs of the suit recovered by the Defendant. This shows that if you don’t move as fast as possible and talk with an attorney, your case might be used against you. The technique that courts use to determine fault in personal injury claims is comparative. Both sides have a chance to present their case. In worst-case scenarios that rarely happen the Plaintiff might be found entirely liable for the injuries sustained due to the level of liability, they have in their matter. After an assessment of liability in most instances, the defendant gets to be allocated some level of liability and has to compensate the accident victim according to the liability percentage found.