How many Auto accidents happen in California per Year?

Understanding the nature, extent, frequency, and cause of fatal accidents in California is the first step toward prevention. The Farias Firm is proud to share these informative insights with its clients and colleagues as the leading accident lawyer in practice today.

The following statistics are accurate as of the year 2013, which is the last year when such statistics were recorded.

California Locations In Which Most Car Accidents Happen 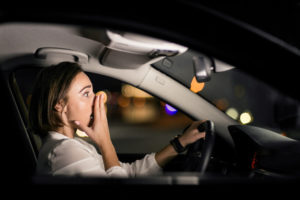 California fatal crashes occur more in urban areas (61%) than rural (39%) areas. This is in sharp contrast to nationwide statistics, where the split is 54% rural and 46% urban.

October 2013 saw the most fatal accidents take place in California, while January saw the fewest.

Weekend days (Saturdays & Sundays) were when the most fatal car accidents took place in California and the fewest took place on Wednesdays.

Noon to midnight were the times when the most fatal California motor vehicle accidents took place (5:00 p.m. – 6:00 p.m. being the peak).

Deaths Per Fatal Accident in California

Nationally, approximately one person dies per fatal car accident. California is in line with that statistic, with 2,772 fatal accidents resulting in 3,000 deaths in 2013.

That figure is substantially better than the 10.3 national average.

The states that reported the most deaths per fatal accident were Montana, Mississippi, and North Dakota while the states reporting the least deaths per 100,000 residents are the District of Columbia and Massachusetts.

In 2013, 72% of the drivers who died in fatal car accidents were over the legal limit.

California reported that 78% of the drivers whose blood alcohol content was known who died as a result of a motor vehicle accident were over the legal limit.

There are four main factors that contributed to fatal car accidents in California in 2013. They are as follows:

In California, 97% of drivers operate their vehicles with their seat belts fastened. Of that number, one-third of the car occupants who died in a 2013 fatal accident were not wearing seat belts. The other two-thirds were killed even though they were wearing a seat belt.

Car accident deaths have been on the decline since seeing their peak at over 54,000 in 1972. The advent of airbags, seat belts, and safety advanced technologies have made it easier to survive car accidents. Since 2010, the number of people that have been killed in fatal car accidents in California has increased.

If you have been recently been involved in an accident hence personal injuries. The wisest thing to do is to contact Los Angeles personal injury lawyer at The Farias Firm on 818-222-2222.